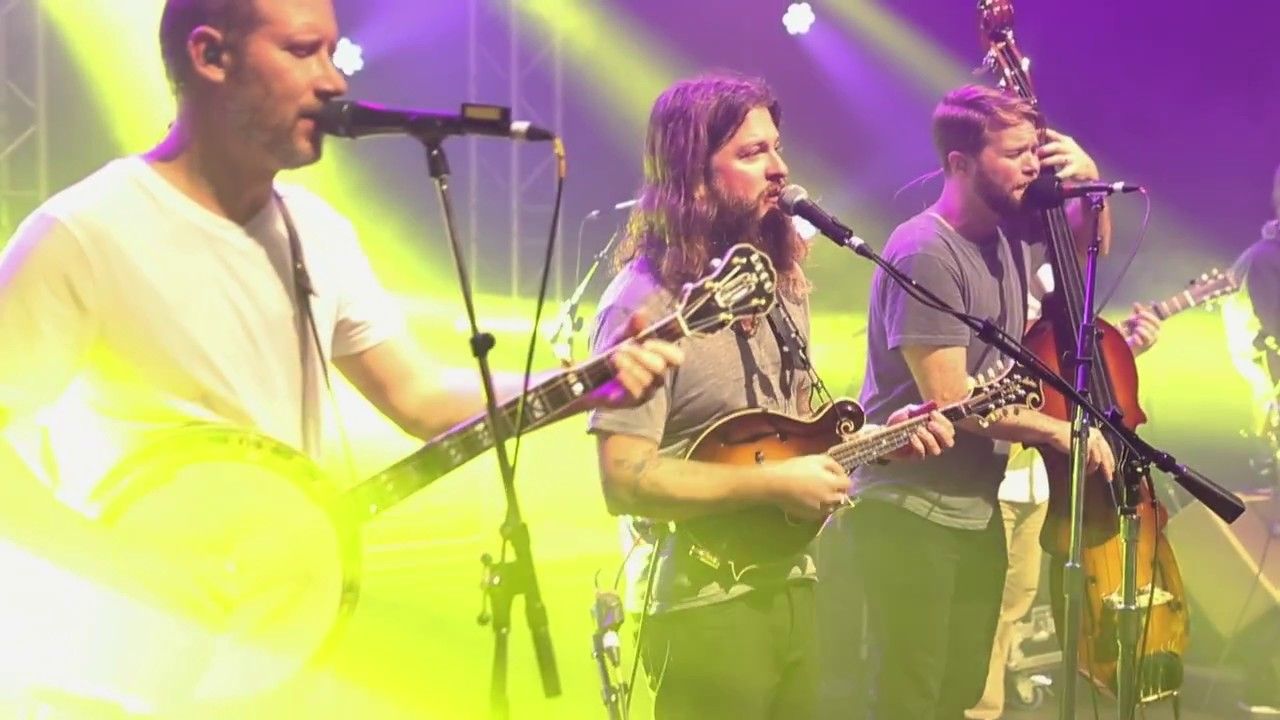 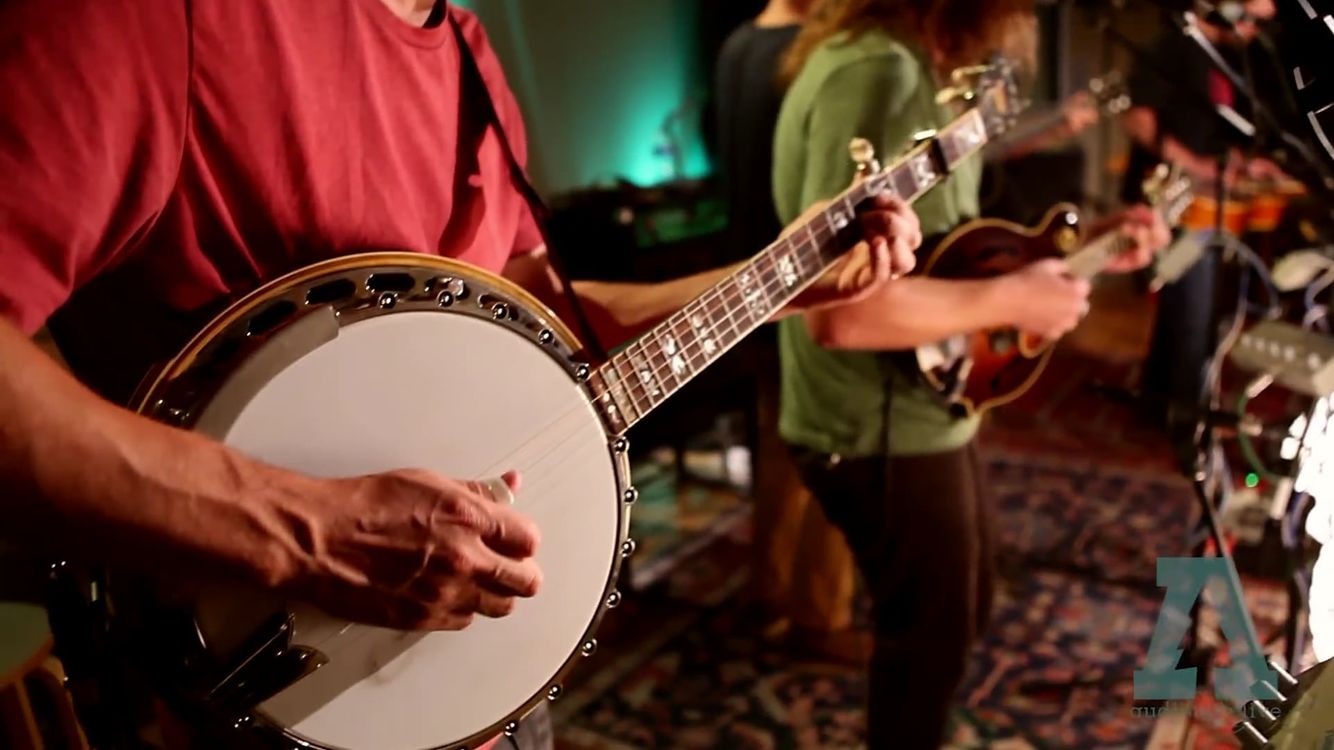 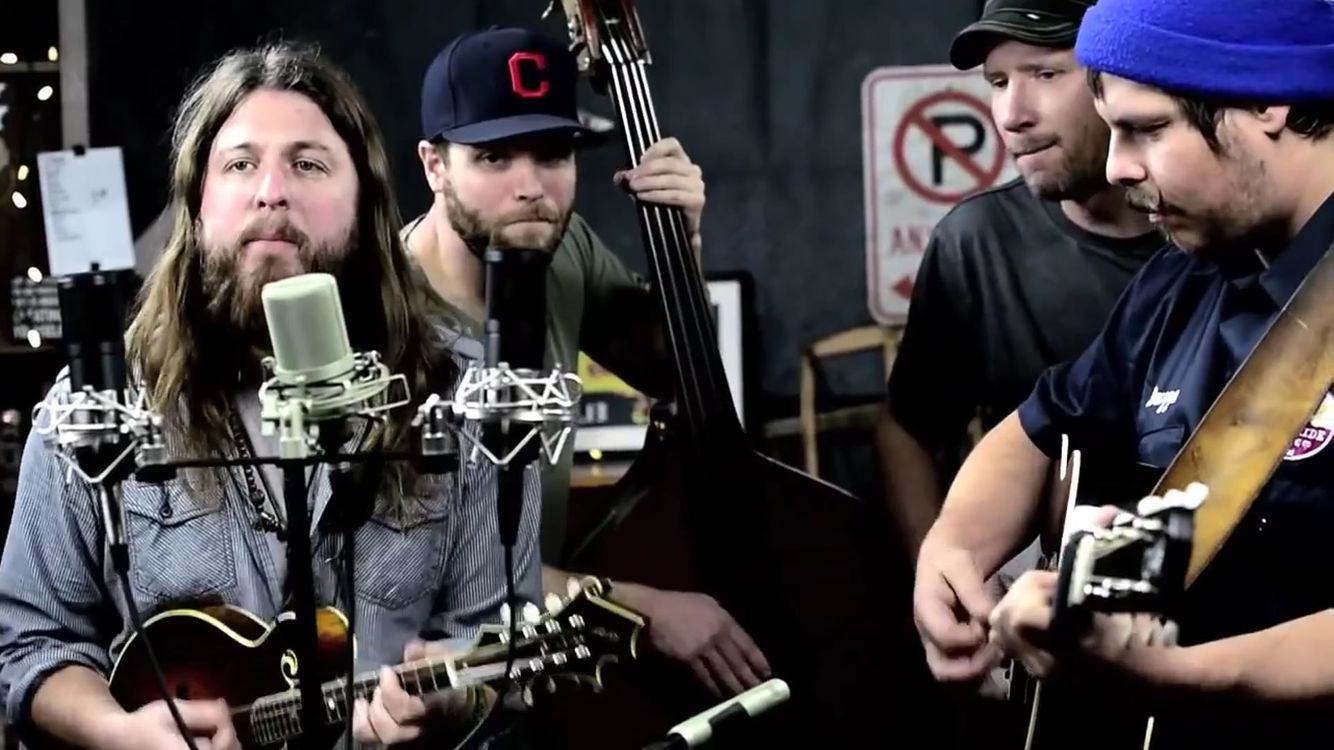 After 18 years together, up to 175 shows per year, nearly 1,000 different setlists, six studio albums, and a litany of live releases, Greensky Bluegrass embodies more than just music for members Anders Beck [dobro], Michael Arlen Bont [banjo], Dave Bruzza [guitar], Mike Devol [upright bass], and Paul Hoffman [Mandolin]. Truthfully, it embodies an ironclad creative bond, familial brotherhood, and a lifelong commitment to fans. At this point, it goes without saying the band means everything (and more) to the Kalamazoo, MI bluegrass mavericks.

So, with a wink and a smile, they offer up a cleverly titled seventh full-length, All For Money, in 2019.

Hoffman dispels the obvious first: “Clearly, we aren’t a band all for money. We did it for romantic reasons such as love, catharsis, and because it mattered to us and the listeners. We wanted to have fun with the paradox of the title though. We’re truly blessed and humbled to have our dreams come true and do what we do. However, it would be easy to make decisions based on our needs to eat or the desires of others, but that’s not doing it for love. We love what we do, and we’re grateful for the love we receive in return from the people listening.”

As time goes on, the guys continue to do things for the “right reasons,” and that mindset resonates louder and louder amongst a growing fan base. A live force of nature renowned for bringing rock ‘n’ roll showmanship to high-energy bluegrass, the group has sold out hallowed venues such as Red Rocks Amphitheatre and the legendary Ryman Auditorium in addition to igniting stages everywhere from Bonnaroo and New Orleans Jazz Festival to Austin City Limits and Outside Lands. Their unpredictable performances remain the stuff of legend attracting diehard devotees who typically travel far and wide to experience multiple gigs. In 2014, If Sorrows Swim bowed at #1 on the Billboard Top Bluegrass Albums Chart, while the 2016 follow-up Shouted, Written Down & Quoted cracked the Top 3. Along the way, they have also earned praise from Billboard, AXS, Westword, and more.

On All For Money, Greensky once again aimed to progress. This time around, the musicians kept the show top of mind as they composed the music.

“We have a motto where we want every show to be harder, better, longer, and faster,” admits Hoffman. “With All For Money, I felt like we were serving the performance more by writing and arranging material in a way we would intend to play it on stage. We tried to incorporate a lot of what we already do live, which is different for us in the studio.”

They recorded March-May at Echo Mountain Sound in Asheville, NC. In the studio, they worked with longtime friend Dominic John Davis as producer. According to Hoffman, Davis offered a fresh perspective on “how to balance the studio and concerts.” Amplifying the sonic palette, signatures such as dobro tone, bass grooves, and banjo took the spotlight.

The first single “Do It Alone” feels equally at home on a festival stage as it does blaring through your soundsystem. Backed by a robust groove, the song transforms traditional bluegrass instrumentation into a rich sonic backdrop highlighted by a mandolin awash in a trio of effects as well as rich echoed vocals and emotive lyrics.

I’d been trying to write a windows-down rock ‘n’ roll tune for a while,” explains Hoffman. “I got out an old guitar of mine, re-strung it, and immediately spit the song out. It’s meant to be an anthem. I ask myself, ‘Why do I do it alone?’ It’s because I’ve got a whole room of thousands singing at the top of their lungs with me. Whenever I write something emotional that might be difficult to sing, I’m reminded of the fact the crowd is there. Hopefully, it’s a reminder for other people as well and we all have something to chant together.”

Hot on its heels, the intriguing and irresistible “Murder of Crows” takes flight on kinetic performances as it delivers an emotionally charged message and provocative narrative. “This is a song that Aaron and I wrote about disconnection, drifting apart, loss, and remorse,” Dave Bruzza reveals. “It also touches on a cry for help and how it was not heard in time. A friend told me crows had funerals. He explained that farmers used to nail a crow to the fence or barn door to get rid of them eating the crops. Thee birds would gather, pay their respects, and fly off never to return. It was interesting. I began to think why people disappear in our lives. It came together with the mysterious letter someone received, and it all made sense to turn this into a story.”

Also originally penned by Bruzza, “It’s Not Mine Anymore”’ illustrates the group’s virtuosity with a “metal” spirit. Elsewhere, “Wish I Didn’t Know” hinges on a trance-y Mandolin passage that proves instantly hypnotic, and “Do Harm” taps into an upbeat bounce by way of an an off-kilter rhythm. Meanwhile, the title track spirals into psychedelic territory during a head-spinning two-minute midsection before culminating on an important statement.

“It feels liberating to be honest about it,” he remarks. “With the title track, we were asking more of the listeners than we ever have, but the line ‘If you need a voice, I’m yours friend’ is meant for them.”

In the end, all the right reasons continue to drive Greensky Bluegrass.

“As songwriters and musicians, we have a need for people to be on board, and we’re not just regurgitating the same shit,” he leaves off. “We’re pushing ourselves every time. I hope they want to listen to the record and hear the songs live. I hope they know we’re doing this for us and them.”