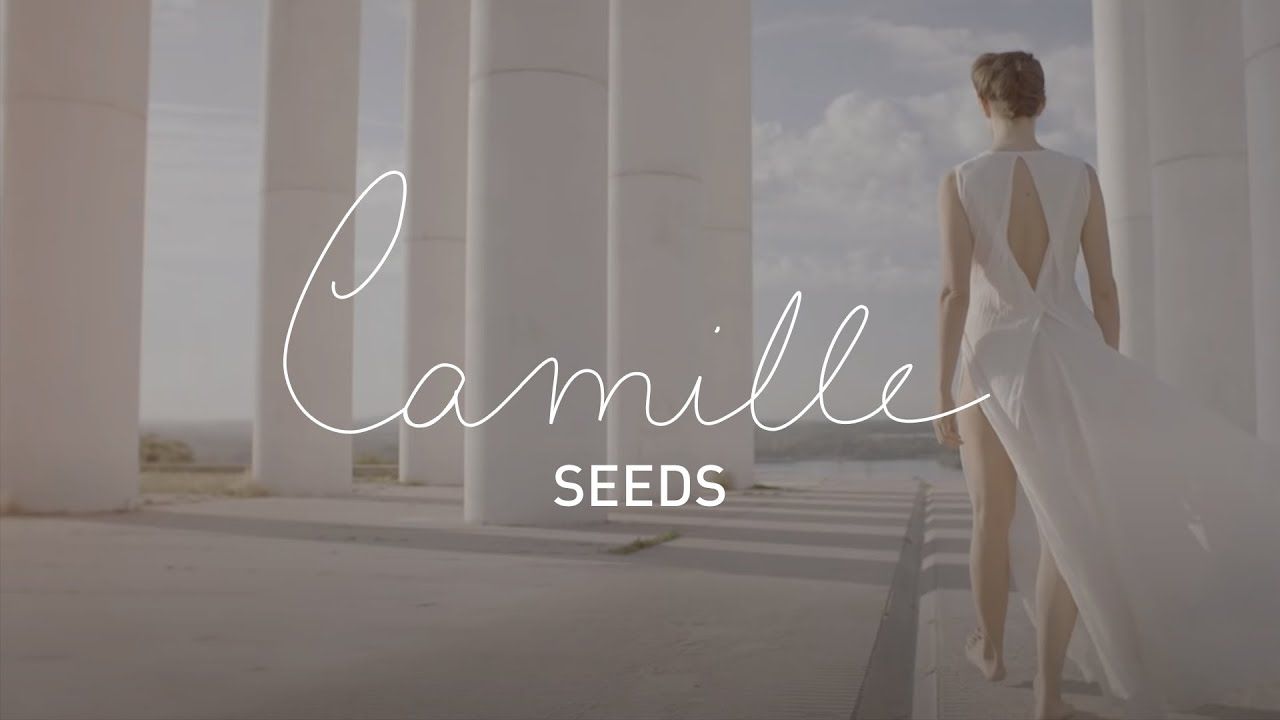 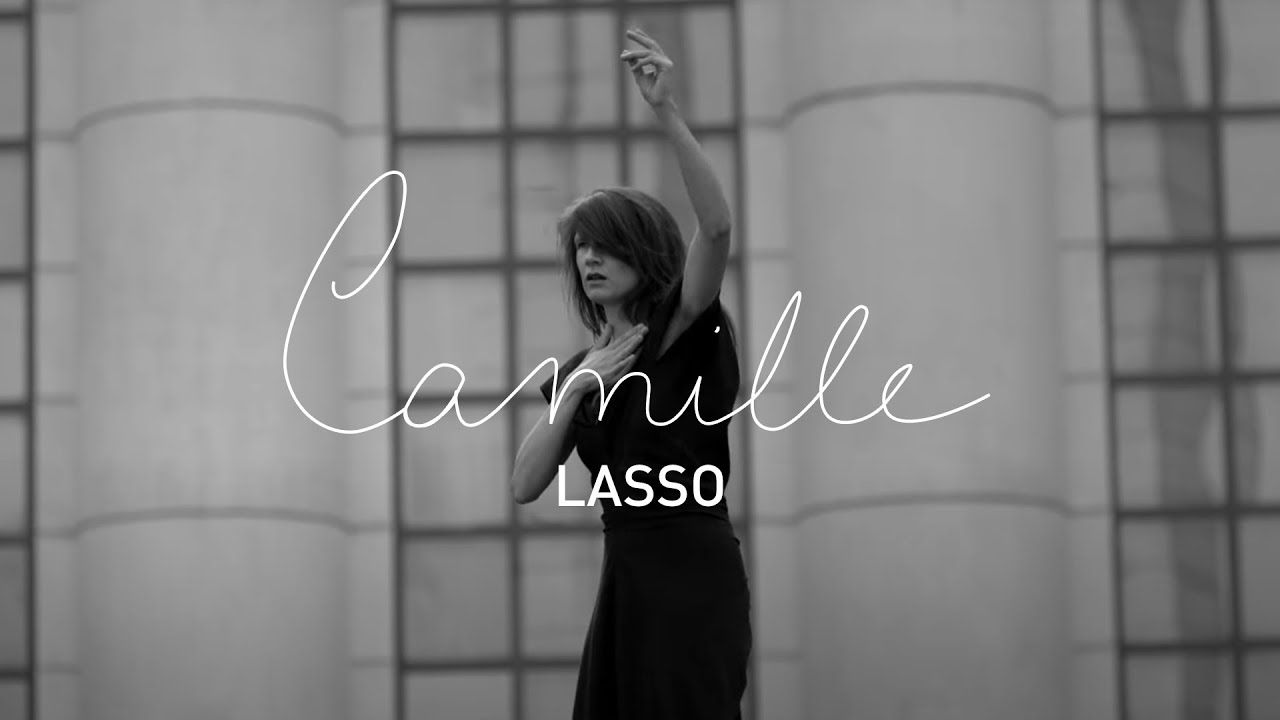 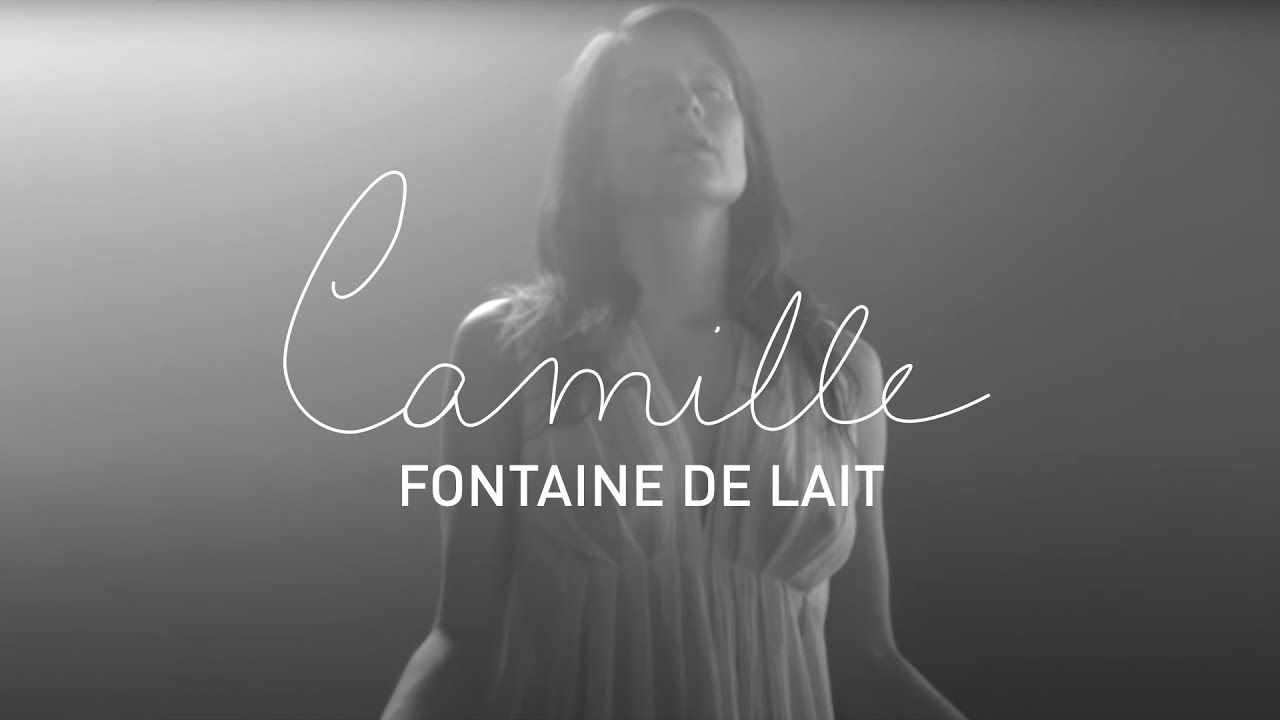 A 12th century abbey surrounded by farmland, somewhere in the middle of France. Inside, under high Romanesque vaults, a rangy Parisienne is singing a capella, playing around with different sounds and revelling in the acoustics.

“Brrr,” she booms. “Psst,” she hisses. “WooOO,” she cries, theatrically. Vowels are rounded and flattened. Syllables are stretched and twanged. Songs – ballads, anthems, chansons, ditties - are sung with a voice as beautiful and melodious as it is arresting and compelling. The church interior embraces it all.

“Spaces are instruments too, especially in a capella work,” says Camille. (Well, who else?) “Words, for me, are sound trampolines. They way they bounce and resonate depending on the atmosphere, on the moment…’ She pauses, her blue-eyed gaze steady. “This time,” she says of her stunning new album Ilo Veyou, “it’s all about the spaces.”

One of the most iconoclastic singers of her generation, Camille is internationally celebrated for her innovative vocal effects and dexterous body percussion, for her ability to create unconventional tunes with ridiculously catchy melodies, for the way she segues effortlessly between English and French. Her three acclaimed studio albums – 2002’s Le Sac des Filles, 2005’s Les Fil and 2008’s Music Hole – pushed audaciously at boundaries while remaining exciting and accessible. The much anticipated Ilo Veyou does all this, is all that, and more.

Produced by Camille, mixed by Maxime Leguil and Oz Fritz, arranged by Clement Ducol for a classically-trained string quartet coaxed out of their comfort zones (along with a bit of brass and double bass), Ilo Veyou is the work of an artist who relishes risk, craves contrast and appreciates beauty. Oh, and who has just had a baby: “Any situation can be inspiring. But motherhood teaches you to be in the moment. You really have to follow the flow.”

Ilo Veyou was recorded accordingly, in two wood floor studios and three church chapels as well as in the bucolic Noirlac Abbey. “Instant takes,” says Camille. “Nothing too manufactured. I worked without headphones and click tracks in spaces that I liked. The point was to capture a musical moment. I want listeners to hear the rooms and relive what went on. It’s not always obvious.” A smile. “But your subconscious, I think, will get it.”

Such sentiments are reflected in her live work. Sold-out shows at venues including the Zenith in Paris and at KOKO, Shepherds Bush Empire and the Roundhouse in London have seen thousands of fans create instantaneous live mixes: clapping from the balcony; stamping their feet in the stalls; barking, honking and meowing with gusto. Men have parted with their shirts. Women have divulged the contents of their handbags.

Dressed in everything from a white outfit onto which video images are projected to a slinky black ballgown that exposes the crack of her bottom, Camille improvises, directs, enables. And watches: she is, she says, her own spectator.

There have been collaborations, of course. Right from her early stint with French bossa nova hipsters Nouvelle Vague (most notably, on a cover of the Dead Kennedy’s Too Drunk Too Fuck) to her ongoing studies with Elsa Wolliaston (the grande dame of African contemporary dance) to her guest spots in Paris, Switzerland and New York with the jazz-influenced a capella legend Bobby McFerrin, Camille has long gravitated towards like minds. And while her recent celebrated a capella project God Is Sound – which saw her interpreting sacred chants from different religious traditions – was ostensibly a solo one, it was created in alliance with the spaces it was performed in.

As, indeed, was Ilo Veyou.

Camille’s live aesthetic is very much present on Ilo Veyou. There are more French songs, for starters. There are no overdubs and few instances of her voice being used as a backing instrument (she’s behind herself, imitating and responding, when she needs to be; a children’s choir is all her own work). There are more snapshots – aural Polaroids, if you like – of moments.

“I guess an album can in some ways be more theatrical than a live show. Every song can be a different mood with a different voice at a different moment. There is a lot more scope for contrast.”

“I like paradoxes,” says Camille. “Life is all about opposites. I like the fact that a song like Wet Boy can jump suddenly to a song like Mars Is No Fun” – in which a traveller realises she prefers even suburban Milton Keynes to the dull monotony of outer space – “just as I like the way stereotypes let you make fun of traditions,” she continues of La France, an anthem that finds her railing Piaf-like about national clichés, her witty lyrics at odds with the song’s retro sound.

“I’m very much into textures and materials. I like hearing crackles, breathing, every day music. I’m not into making things perfect. The tension between the organic and the technical is what’s interesting for me. So I wanted the string arrangements to be rhythmic and rough,” she says. “I wanted plucked strings. I wanted to hear the harmonics of the bowing…” She hisses dissonantly, then grins. “For these classically-trained musicians it was a different way of working. We learned a lot from each other.”

Elsewhere, there’s a crystalline delicacy to the minstrel-like ballad Le Berger, the story of a lonely shepherd who leapt off a cliff with his sheep and is floating under water, way under stormy skies (“It’s what I imagine a ballad might have sounded like in the Middle Ages, which like Africa is a place I’ve never lived but find inspiring”). The beautifully enunciated lyrics of the dreamy Le Banquet belie their subject matter: “It’s a revenge song about a woman whose man has hurt her and a lot of other women. So they invite him to a feast and eat his dick.”

She Was, with its measured lyrics and minimalist strings, tells of reincarnation and shifting energies; L’Etourderie is a minstrel song about love by someone with their head in the clouds; Shower, all jazzy horns and cacophonous refrains, is part Psycho, part anarchic maternity ward. Message is a sweet music-box-style ditty about a tardy correspondent, and one that finishes with a spontaneous pet from Camille: “It was the best musical moment,” she says animatedly. “I farted on time, in tune, ta-da, the end.”

The rollicking My Man Is Married But Not To Me is about, well, precisely that. A head-versus-heart battle featuring accusatory choruses and changes in tempo, it is a personal take on a common and painful dilemma: “At the time my man was married but not to me,” confesses Camille, “but now I’m not married to my man because a married man is twice as attractive to other women.”

Sung in French and English respectively, the inventive songs Tout dit and Bubble Lady – a sort of onomatopoeic nursery rhyme - underline Camille’s love of language. “I definitely think the strength of French is its consonants; it’s a very percussive Latin language, which is why our rap is so good. English is better for its vowels, but also for the way it lets you make up words and play with them. Bubble, bubbbble, b-b-b… It sounds like a baby’s babble.”

She pauses for a beat or two. “The first language is baby language,” she says. “The way babies talk and the way we talk to babies. Whether I’m singing in French or English that’s what I’m looking for. I’m aiming for that expressive, communicative baby thing to come out.”

And finally, the glorious title track Ilo Veyou (try saying it out loud in a French accent). Life affirming and message driven, it’s an upbeat reassurance that love takes many guises, comes in many forms. “Even if you think there is no love any more it is always running after you, and will always catch you,” says Camille with a what-can-do-you shrug.

An album by the phenomenon that is Camille.