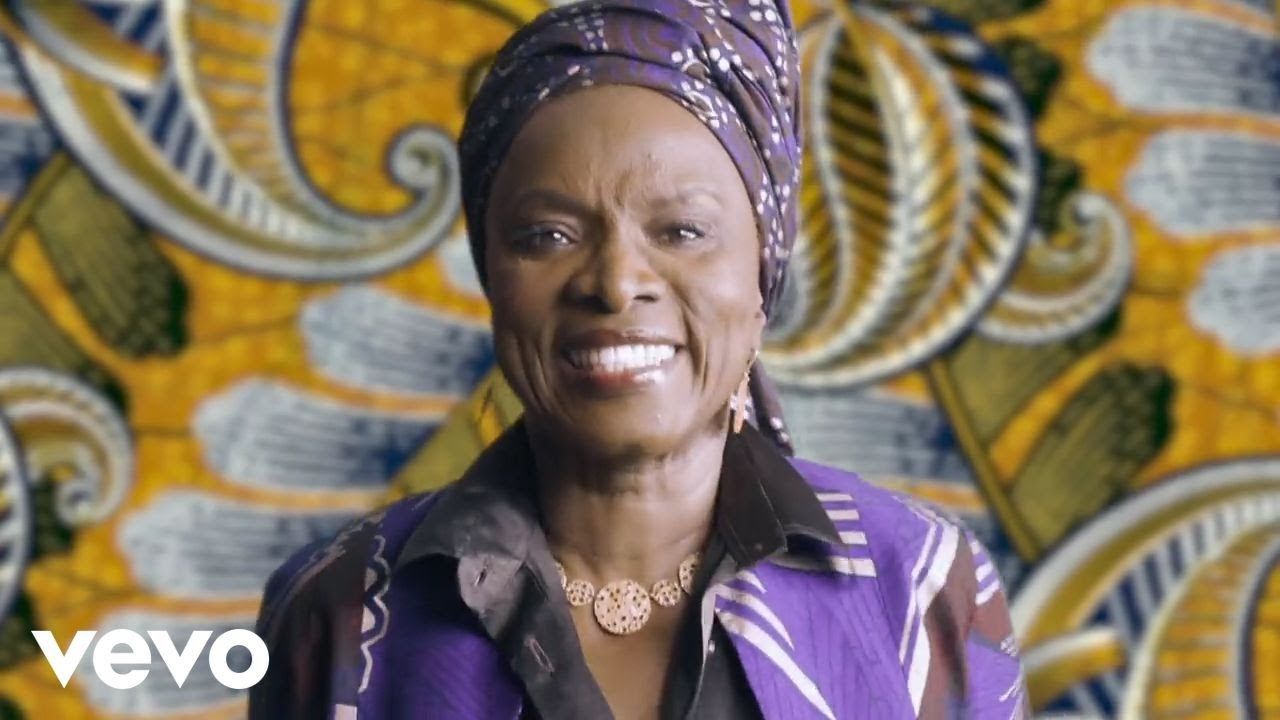 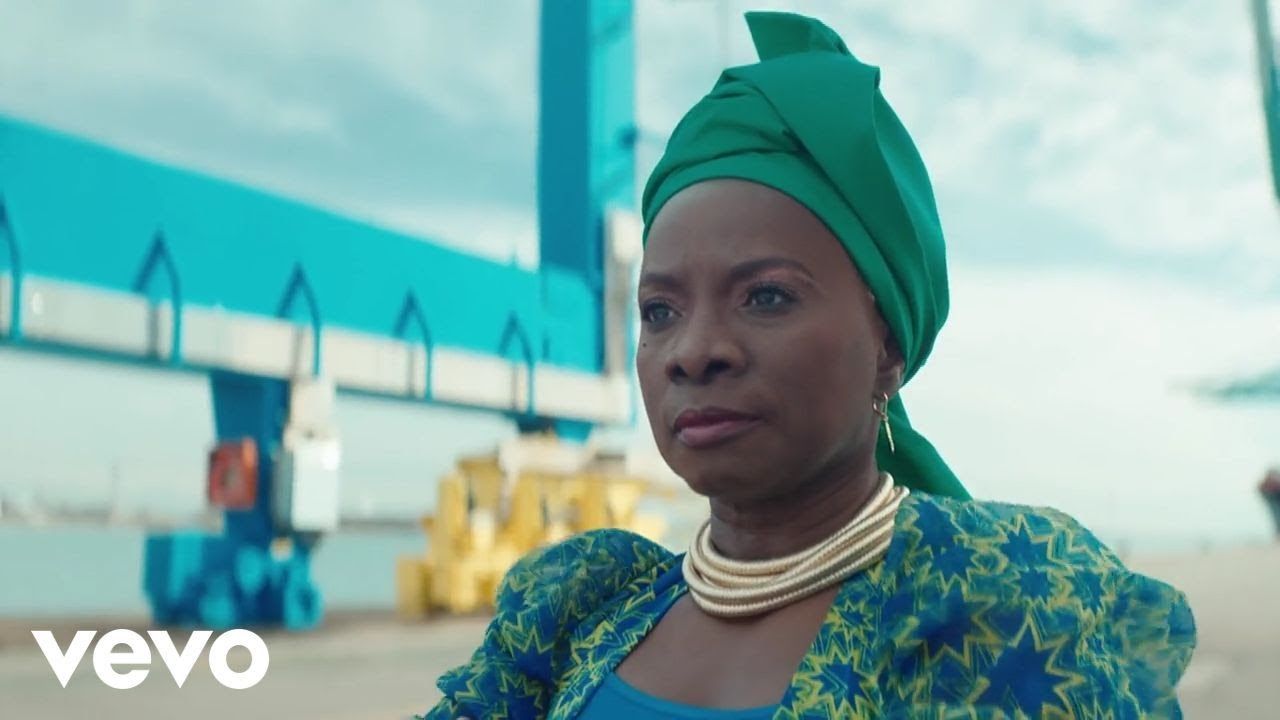 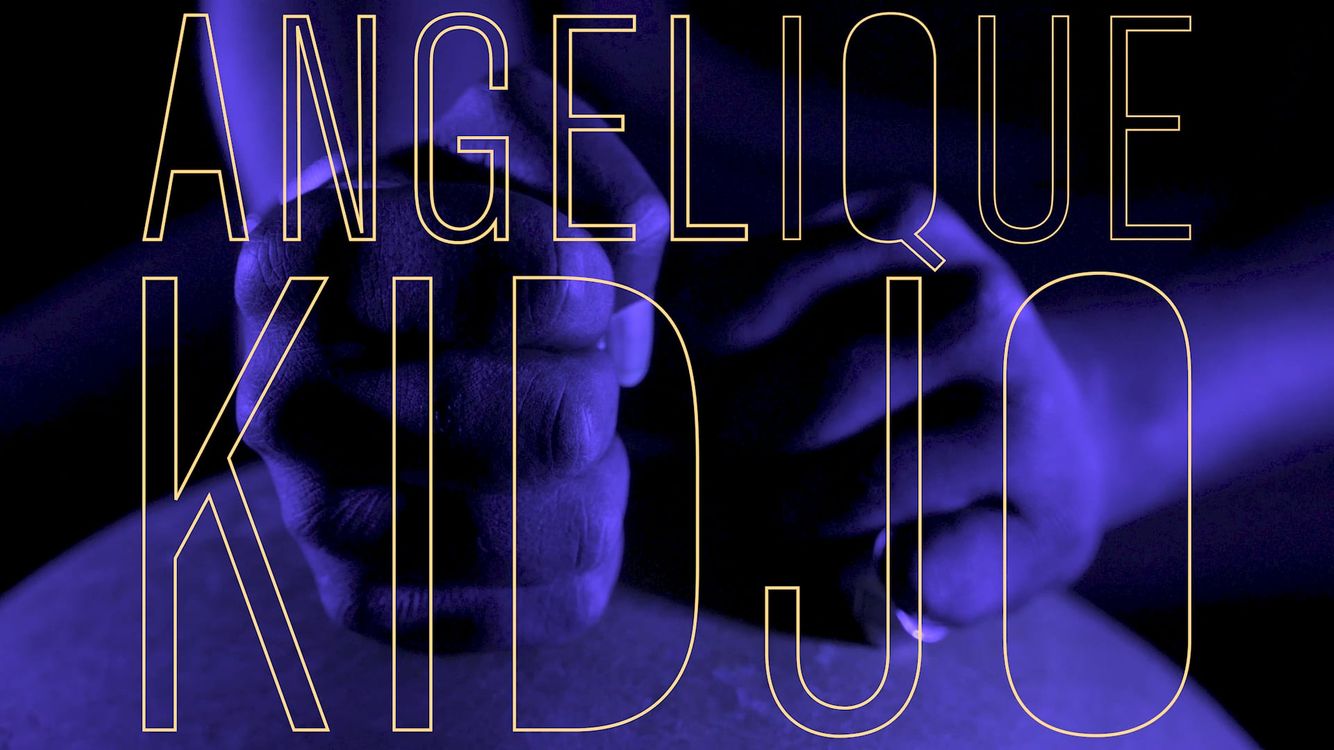 Over the last three decades, Angélique Kidjo has cemented her status as one of the most singular and extraordinary voices in international music, inspiring countless artists with her ingenuity, eclecticism, and seemingly boundless creative spirit. On her new album Mother Nature, the four-time Grammy Award-winning luminary joins forces with many of her musical progeny, including some of the most captivating young creators of West African music, Afrobeat, Afro-pop, dancehall, hip-hop, and alt-R&B. The result is a truly visionary body of work, rooted in a deep understanding of musical tradition yet endlessly forward-thinking and inventive.

The follow-up to 2019’s Celia (her Grammy Award-winning, critically lauded tribute to Celia Cruz), Mother Nature fulfills a promise Kidjo first made upon accepting the award for Best Global Music Album at the 2016 Grammys, then reiterated after winning the Best World Music Album prize in 2020 and proudly proclaiming: “The new generation of artists coming from Africa are going to take you by storm, and the time has come.” As Kidjo points out, the album was sparked from a newly heightened awareness of her own musical legacy. “For many years I was mostly just focused on creating music that makes me happy and that’s true to who I am, but over time I started to realize the impact that my songs have had on the younger generations,” says Kidjo, who hails from the West African country of Benin. “This album came from thinking about how we can build from that, and start pushing things forward together.” To that end, Mother Nature confronts such pressing issues as racial inequity and the climate crisis, once again proving the longtime activist’s rare power to transform complex subject matter into music that’s radiantly joyful.

Right from its very first seconds, Mother Nature offers a euphoric departure from the chaos of the modern world. A mesmerizing duet between Kidjo and Zimbabwean-American singer/songwriter Shungudzo, the album-opening “Choose Love” centers on a sparse arrangement of their finely layered vocals, wholly echoing the song’s spirit of connection. Later on the album, Shungudzo reunites with Kidjo for the gorgeously tender “Meant for Me,” this time blending their voices with soft and shimmering guitar tones to sublime effect. “Shun and I started this collaboration by talking about values,” says Kidjo. “She’s spent some time in Africa with her grandmother, and we talked about how the farmers there always share what they’ve grown with everyone else in the village. When you’re not so driven by money and ambition, everything is about humanity.”

On “Dignity,” Nigerian singer/songwriter Yemi Alade and Kidjo pair up for a powerful anthem inspired by the youth-led movement to disband the Special Anti-Robbery Squad (aka SARS, an infamously corrupt unit in the Nigerian Police Force). In bringing the soul-stirring track to life, Alade worked off a demo of Kidjo’s and added her first-hand perspective as an activist directly involved with the anti-SARS effort. “Many people think that police brutality only happens in America, but it’s everywhere,” says Kidjo. “This song is against brutality, but it’s also about how we need to treat each other with dignity, treat nature with dignity, and treat ourselves with dignity.”

Another song revealing Kidjo’s gift for gracefully merging the personal and political, Mother Nature’s title track emerges as a groove-heavy call to action against climate change (“Mother Nature has a way of warning us/A time bomb set on a lost countdown/Do you hear it, will you stop it, won’t you listen?”). “I want this record to inspire people to think about their connection to Mother Nature, and how dear this Earth is to us,” says Kidjo, who penned the track with her husband/collaborator Jean Hébrail and songwriter Jennifer Decilveo (Bat for Lashes, MARINA, Beth Ditto). “Without nature, we don’t exist—it nurtures us, it nourishes us, and it does that with absolutely no judgement. And even though nature is under attack from our industries, she’s still always so generous.”

In her glorious push to galvanize her audience into fighting for a brighter world, Kidjo also delivers such powerhouse tracks as “Do Yourself,” a fiery collaboration with Grammy Award-winning Nigerian singer/songwriter/rapper Burna Boy. “The idea behind this song is that if we don’t fix our continent, no one’s going to fix it for us,” says Kidjo. “We’re the ones who need to put in the work to create a better future for everyone.” With its luminous textures and visceral percussion, “Do Yourself” draws much of its impact from the palpable chemistry the two musicians first displayed on “Different” (a cut from Burna Boy’s 2019 album African Giant, also featuring Damian Marley). “There’s something so crazy and infectious about all of Burna Boy’s grooves,” notes Kidjo. “They take your head from south to north, and that’s exactly what I like.”

Elsewhere on Mother Nature, Kidjo teams up with Atlanta-bred hip-hop duo EARTHGANG, who lend their psychedelic-leaning sensibilities to “Take It Or Leave It” (a hypnotic but breezy number featuring and produced by James Poyser of The Roots). Also made with Poyser, “Free & Equal” finds Zambian singer/songwriter Sampa The Great setting her poetic and potent lyricism to a wildly kinetic beat. “I saw Sampa The Great’s Tiny Desk Concert and she blew my mind—right away I said, ‘This woman has to be on my album,’” says Kidjo. “The song takes inspiration from Declaration of Independence, and the idea that all people are created equal—which is the truth, and goes right to what everyone’s trying to accomplish with the Black Lives Matter movement.” And on “Africa, One Of A Kind,” Nigerian singer/songwriter Mr Eazi accompanies Kidjo for a spellbinding anthem that’s especially meaningful to her. “Mr Eazi started that song with a sample from Salif Keita’s ‘Africa,’ which is a song I was supposed to perform last March at Carnegie Hall with Manu Dibango,” explains Kidjo, referring to the Cameroonian musician/songwriter, who fell victim to COVID-19. “The event was canceled, but it was meant to be a celebration of the 60th anniversary of my country and 16 other countries gaining independence from France—which happened just two weeks after I was born. The question the song is asking is, ‘Are we really independent?’”

Now based in New York City, Kidjo has garnered an abundance of accolades through the years, including being anointed “Africa’s premier diva” by Time magazine and “the undisputed queen of African music” by the London Telegraph, as well as landing on The Guardian’s list of the Top 100 Most Inspiring Women in the World. With her most recent work including 2018’s Remain in Light (her highly acclaimed track-by-track reimagining of Talking Heads’ landmark 1980 album), Kidjo has collaborated with the likes of Philip Glass, Alicia Keys, Bono, and Carlos Santana and performed with a host of international orchestras and symphonies, in addition to authoring a 2014 memoir titled Spirit Rising: My Life, My Music (Harper Collins). She’s also traveled the world advocating on behalf of children in her capacity as a UNICEF Goodwill Ambassador, and co-founded the Batonga Foundation in order to support the education of young girls in Africa.

For Kidjo, the making of Mother Nature provided a much-needed lifeline in the midst of the pandemic. “The togetherness, the sisterhood, the humanity I felt from all these collaborations gave me so much strength,” she says. “Somehow the fact that we weren’t in the same room brought even more urgency to the performance, and reminded us that—if we want to get back to some normalcy—we need everyone to sing and dance.” And in sharing the album with the world, Kidjo hopes that her songs might inspire the kind of togetherness that ultimately leads to transcendent change. “This album is a love letter to Mother Earth and all the values we hold dear: truth, trust, love, connection,” says Kidjo. “If there’s anything the pandemic has taught us, it’s that we are all a part of the same ecosystem—this planet is all we have. For our own survival, we need to recognize the humanity that we all share and learn how to live together. There’s just no other way.”