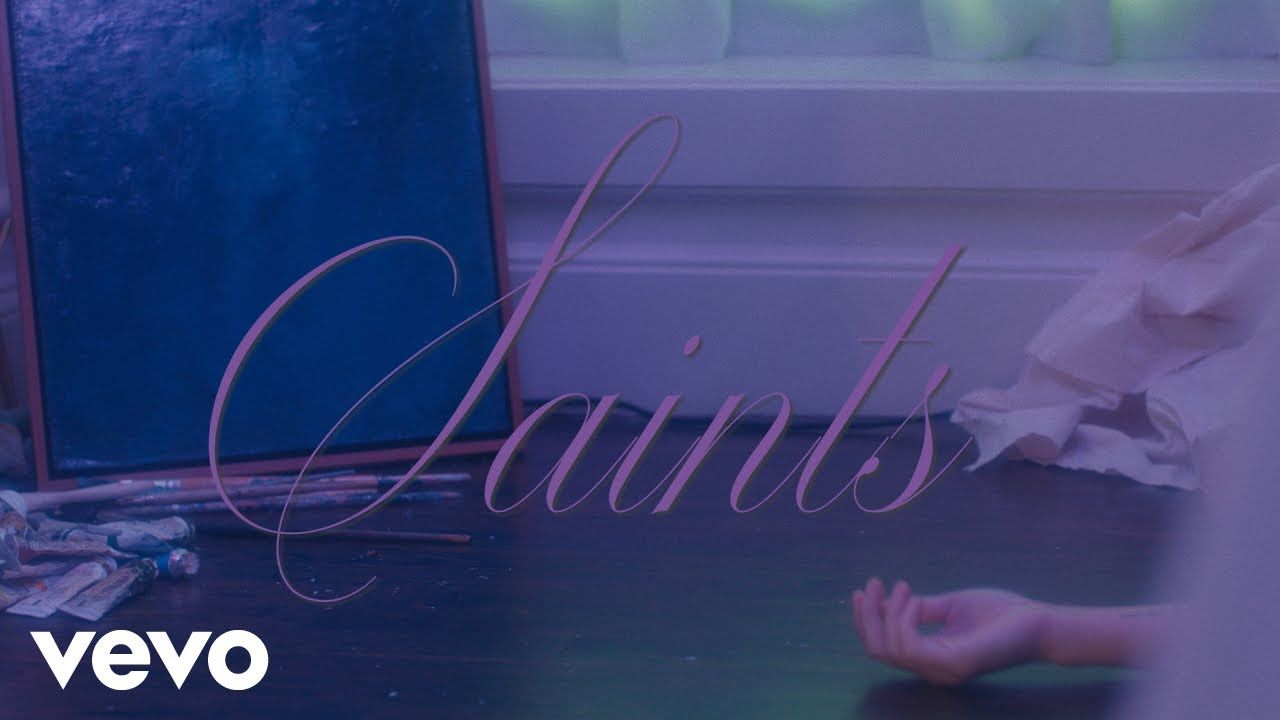 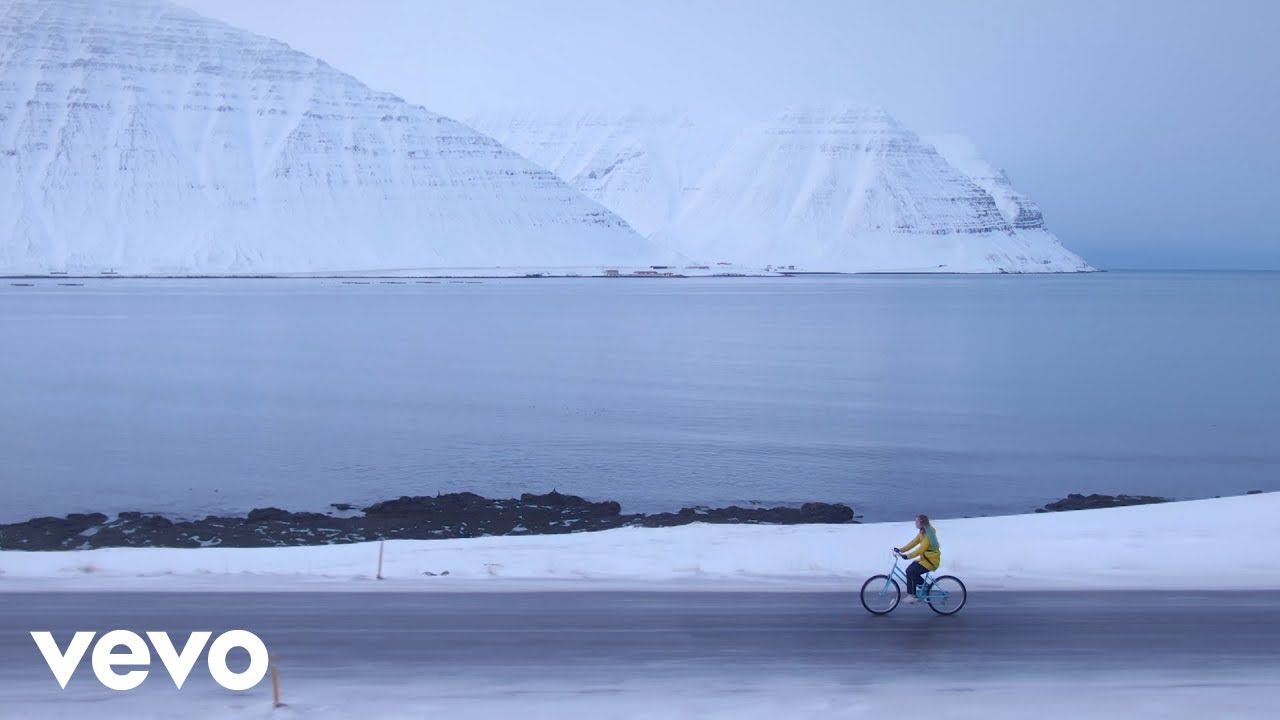 Much of San Fermin’s The Cormorant takes place in the ordinary yet enchanted spaces of childhood: birthday parties and backseats of cars, playgrounds and fields and idyllic bodies of water. True to the album’s storybook grandeur, those spaces are inhabited by creatures at turns make-believe and improbably earthly, including the ominous being of the title: a snake- like seabird that bandleader Ellis Ludwig-Leone frequently encountered while on a month-long writing trip in Ísafjörður, Iceland. With its gentle intertwining of the real and the mythic, The Cormorant subtly invites a certain truth-bending in the listener’s own mind—a form of willful delusion described by Ludwig-Leone as “creating fictions from your life as a way to deal with a difficult reality.”

The fourth full-length from San Fermin, The Cormorant arrives as the follow-up to Belong—a 2017 release praised by The New Yorker for “often sound[ing] like a wall of flowers blooming at once.” After writing most of The Cormorant in Ísafjörður, Ludwig-Leone returned to Brooklyn and sculpted the album’s opulent orchestral pop with the help of his bandmates: vocalist Allen Tate, vocalist/violinist Claire Wellin, trumpet player John Brandon, saxophonist Stephen Chen, percussionist Michael Hanf, and guitarists Tyler McDiarmid and Aki Ishiguro. In that process, San Fermin dreamed up an album of kinetic and spellbinding movement, an element informed by Ludwig-Leone’s recent work in creating an opera-ballet with Swamplandia! author Karen Russell.

As Ludwig-Leone points out, his collaboration with Russell also influenced the extravagant storytelling of The Cormorant. “Karen uses a lot of mythological tropes in a way that’s so playful but also gives you an entrance into these very personal stories, and so I started thinking about framing the album in a similar way,” he says. To that end, The Cormorant spins a deliberately wayward narrative that follows its two main characters from their earliest years, with Tate portraying the male protagonist and the album’s female perspective provided by a revolving cast of vocalists (including Karlie Bruce, Sarah Pedinotti, and Samia Finnerty).

Firmly centered on the tension between growing up and longing for the innocence of childhood, that narrative begins with the impossibly radiant yet unsettling title track. “The first song is the protagonist waking up and seeing this death-augur bird, which is saying: ‘Show me the people and the things that mattered in your life, because now you’re going to die,’” Ludwig- Leone explains. From there, The Cormorant rushes forward with a fever-dream intensity, endlessly slipping between hazy memory and real-time reflection. On “Cerulean Gardens,” for instance, San Fermin offer a stark meditation on what Ludwig-Leone refers to as “getting older and realizing you’re starting to deviate from your parents’ narrative,” with Tate’s warm vocals channeling a loving nostalgia. Several songs later, on “Summer by the Void,” that looking-back shapeshifts into a deeply sensory reminiscence of teenage romance. (“I really wanted it to sound like summer outside of the house I grew up in,” Ludwig-Leone says, “so I ended up sitting in this freezing-cold cabin in Iceland, making all these goofy noises into a microphone to try to replicate the sound of cicadas.”)

Elsewhere on the album, San Fermin examine the trials of adulthood, the doubts and frustrations that accompany the attempt to build a meaningful life. One of The Cormorant’s most thrillingly urgent tracks, “The Hunger” finds Finnerty illuminating the inner dialogue fundamental to dating in the modern age, moving from lonesomeness to angst to glorious self- lionization with pure conviction. On “Westfjords,” San Fermin contemplate the potential cost in pursuing the artist’s life, a struggle Ludwig-Leone characterizes as “feeling like you’re in a state of suspended animation, where you’re spending so much time asking seemingly important questions that maybe don’t matter much.” “Saints” reveals the quiet hostilities in cohabitation, while “The Living” details a possibly futile search for meaning late at night in the city, the narrator’s slightly drunken determination intensified by the track’s heartbeat-like rhythms. And on “The Myth,” San Fermin close out The Cormorant with a hushed confession of existential uncertainty (“I would sing for my life/If I knew the words”).

Partly recorded at Ludwig-Leone’s apartment, The Cormorant draws much of its heady effervescence from the chemistry between the classically trained musician and his bandmates. “Each member and I have very specific relationships, and everyone contributed in very different ways,” says Ludwig-Leone. “For example, Stephen makes these amazing multiphonics on his saxophone, so I recorded him doing that on every single note of the keyboard, and then used that to create all these weird sounds on the album.” Formed in 2012—shortly after Ludwig-Leone completed a job assisting composer Nico Muhly—San Fermin made their debut with a self-titled 2013 album hailed by NPR as “one of the year’s most ambitious, evocative, and moving records.” The band’s sophomore effort Jackrabbit arrived in 2015, debuting at #8 on Billboard’s Heatseekers chart. With Belong released in April 2017, San Fermin have now sold out shows worldwide, appeared at major festivals like Lollapalooza, and opened for the likes of St. Vincent, The National, Arctic Monkeys, and alt-J.

At several points throughout The Cormorant, San Fermin thread their lyrics with a sly awareness of what Ludwig-Leone calls “the self-indulgence of personal narrative.” “Working on this record, I’d write this big, lush song about wanting to be back in the swamp near where I grew up, and then the next song would be like, ‘Will you please just shut up already?’,” he recalls. But while Ludwig-Leone acknowledges the risk in too much inward-looking, The Cormorant ultimately makes a lovely case for purposeful reflection. “The way you think about your life changes so much over time,” says Ludwig-Leone. “In a way this record is an argument for allowing yourself to think about things like family and love, without feeling like that’s indulgent. I’d like for people to listen and feel that opportunity for introspection in their own lives, because I do believe it’s so important for everyone.”