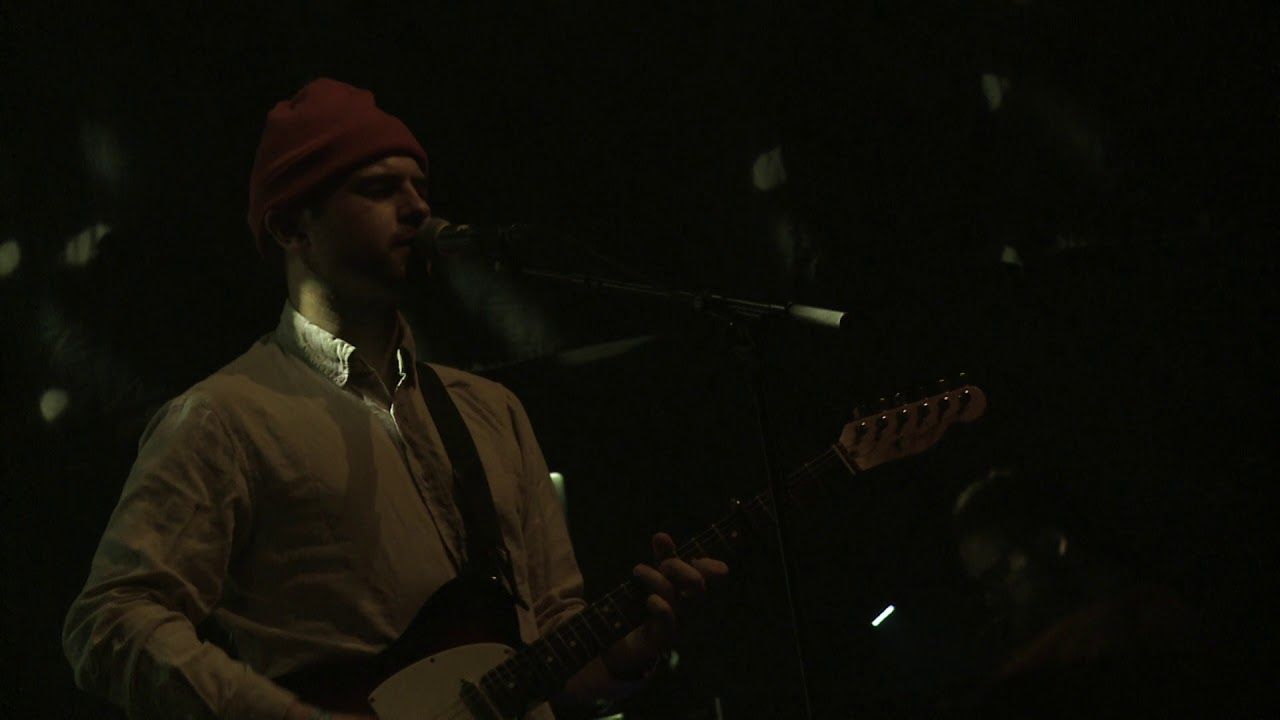 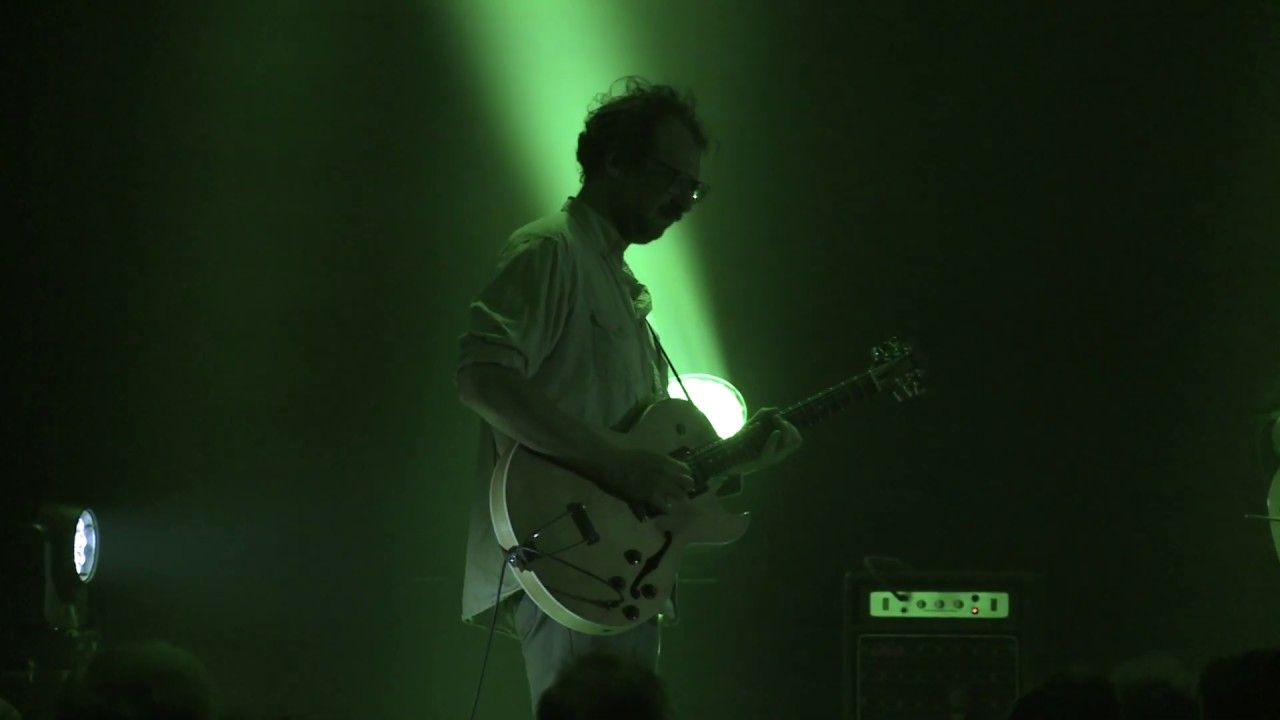 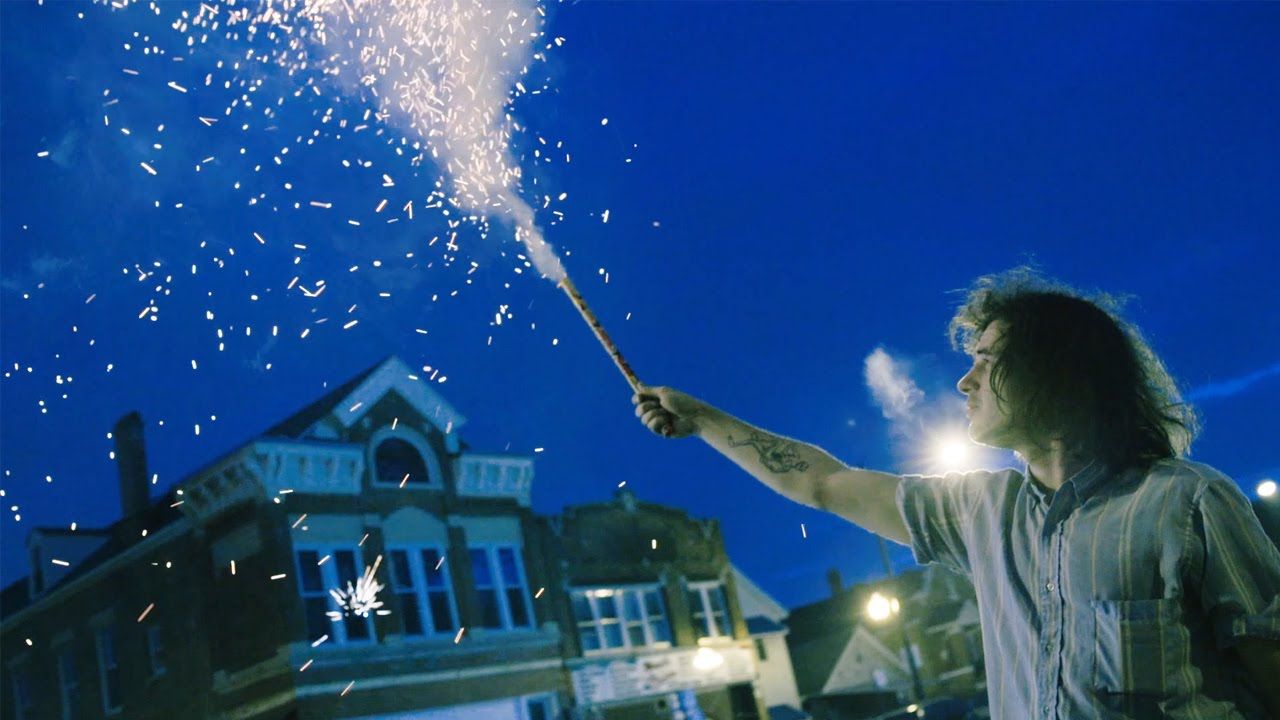 It’s a good record. But I can’t really listen to it anymore. It kind of broke my brain. It took a year, and there were a lot of times I thought it was going nowhere, a lot of botched sessions. It was all my fault, no one else’s. I was just totally unprepared. I went in with over-confidence, I went in there like ‘Yeah, I’m ready to go!’ but I was just kind of bullshitting. I went in expecting to make a fucking masterpiece, but I kept hitting a brick wall.

And it’s more Chicago-y sounding. Chicago sounds like a train constantly coming towards you but never arriving. That’s the sound I hear, all the time, ringing in my ears. Everybody here’s always hustling. Everybody who talks to you on the street’s always got something they’re coming at you with. It’s the sound of strangers dodging one another. And landlords knocking on doors to get rent that people don’t have. But it’s eerily quiet at night. This record is the sound of walking home late at night through Chicago in the middle of winter and being half-creeped out, scared someone’s going to punch you in the back of the head, and half in the most tranquil state you’ve been in all day, enjoying the quiet and this faint wind, and buses going by on all-night routes. That’s the sound to tune in to. That’s the sound of Chicago to me.

Chicago. More than ever I’m just finding little details about it that I love. There’s so many weird twists about it: the way that street lights look here is really peculiar, and a really bleak sense when you walk around. It looks gray, there’s not a lot of color, and I find a lot of radiance in that. And oh man it smells like diesel. And garbage cans. And in the summer when it really heats up it’s extra garbage-canny. And everything here looks like it’s about to break. It looks like it’s derelict. But that’s what I’m used to, that’s what I like. The amount of imperfection in this city is really perfect.

So I’ve fallen in love with Chicago pretty hard over the past year, despite crippling depression. I’ve realized I can’t not be in a city. I appreciate nature, I appreciate driving through nature, but you put me in a campsite for more than two days and I’ll flip the fuck out. I need to hear people outside of my window trying to buy crack. I need to be able to buy a taco at two in the morning. I need to hear the neighbors yelling really fucking loud at each other in the middle of the night. I need people. I need people really fucking bad.

You have to find calm in the city. You actively search for it. It’s not a la carte like it is in the middle of the Rocky Mountains. Which are beautiful, they’re one of God’s finest creations — I’m not talking shit about the Rocky Mountains. But in the city it’s like scoring drugs, you’ve got to score your tranquil situations. And that’s the sound of Chicago to me.

The songs don’t really deal with any political or personal or social issues at all. Mostly it just comes from being bummed out. And there’s not a lot of musical influences on the record. I wasn’t even listening to music when I made it. Last year was probably the least I’ve listened to music in my adult life. I mean I was listening to stuff in the van — I listened to a lot of Genesis records. I got really into Genesis. But there’s nothing else I could point to. Maybe I’d say it’s a record for coming up or coming down. It’s not an album for the middle of the day. It’s for the beginning or end of it.

I quit drugs and booze recently. I got sick of being a party animal — I don’t want to be 19-gin-and-tonics-Ryley anymore. My brain is working a little better now, but man I was just going at it pretty wildly, and then trying to make a record while I was drinking, it was kind of like torture.

We all had no idea what was going on, every song we’d be like ‘What is this record?’ Because every song sounded different. In a way this record was working with everybody that I’ve worked with for years, and it wasn’t like a Fleetwood Mac thing where everybody fell in love and divorced or anything, but a lot of times we were butting heads in the studio.

I hadn’t played any of the songs live ever, whereas with my earlier records I’d play the shit out of them live and then go into the studio when they were totally cooked up and ready to go. But these songs were all half ideas and riffs I had on my mind, so that held things up for a while.

Being meticulous and being deets-oriented is not my thing at all. I’ve never been like that. I’m kind of like go go go! Making a quick record is not hard, it’s the easiest thing the world, so working in this time frame, over a year, made me go kind of nuts and… oh, tortured artist bullshit, blah blah blah. But then last summer we started playing songs back to back and finally we started to hear a common thread running through the record.

I’m lucky enough to have some people who are playing on it who had a big part in shaping the songs and writing with me. Cooper Crain, the guy who engineered it, and played all the synthesizers. And when the flute guy, Nate Lepine came in, that was really something that made it special. The producer was this guy LeRoy Bach. I love LeRoy, he’s a really talented guy. He did the last record too.

The last record was cool but I was still figuring out what I was good at. But I’m fucking 28 years old, I’ve got to figure out a sound, figure out something that I enjoy doing. So this record is a little bit more grown up. Ol’Ryley’s just workin’ on bein’ a better Ryley.

I think more than anything the thing to take away from this record is that I appreciate what improv and jamming and that outlook on music has done for me, but I wanted rigid structure for these songs. I don’t want to expand upon them live. There’s a looseness to some of the songs I guess, but I didn’t want to rely on just hanging out on one note. It’s so straight-forward that I can see a lot of people really not liking it to be honest. But I’m so happy, I’m happy that it’s completely different and unexpected.

But I know it’s divisive. It’s hard to talk about. It’s a weird record.

Ryley Walker was in conversation with Laura Barton.

As mentioned by Ryley above, Deafman Glance is the second Ryley Walker album produced by LeRoy Bach and Walker himself. It was largely recorded at the Minbal (now JAMDEK) Studios in Chicago. Some later sessions also took place at USA Studios and in LeRoy’s kitchen. Cooper Crain (Bitchin’ Bajas, Cave) recorded and mixed the album, as well as adding his shimmering synths all over it. Ryley plays electric & acoustic guitars and was joined by long-time 6-string sparring partners, Brian J Sulpizio and Bill Mackay, who both play electric. LeRoy Bach also plays some electric guitar, whilst adding all piano and other keys. Andrew Scott Young and Matt Lux play bass – Andrew supplying some double-bass, both of them played electric. Drums / percussion are handled by Mikel Avery and Quin Kirchner. Topping off this list of notorious Chi-Town players is Nate Lepine, who added a lot of flute and a little saxophone too.