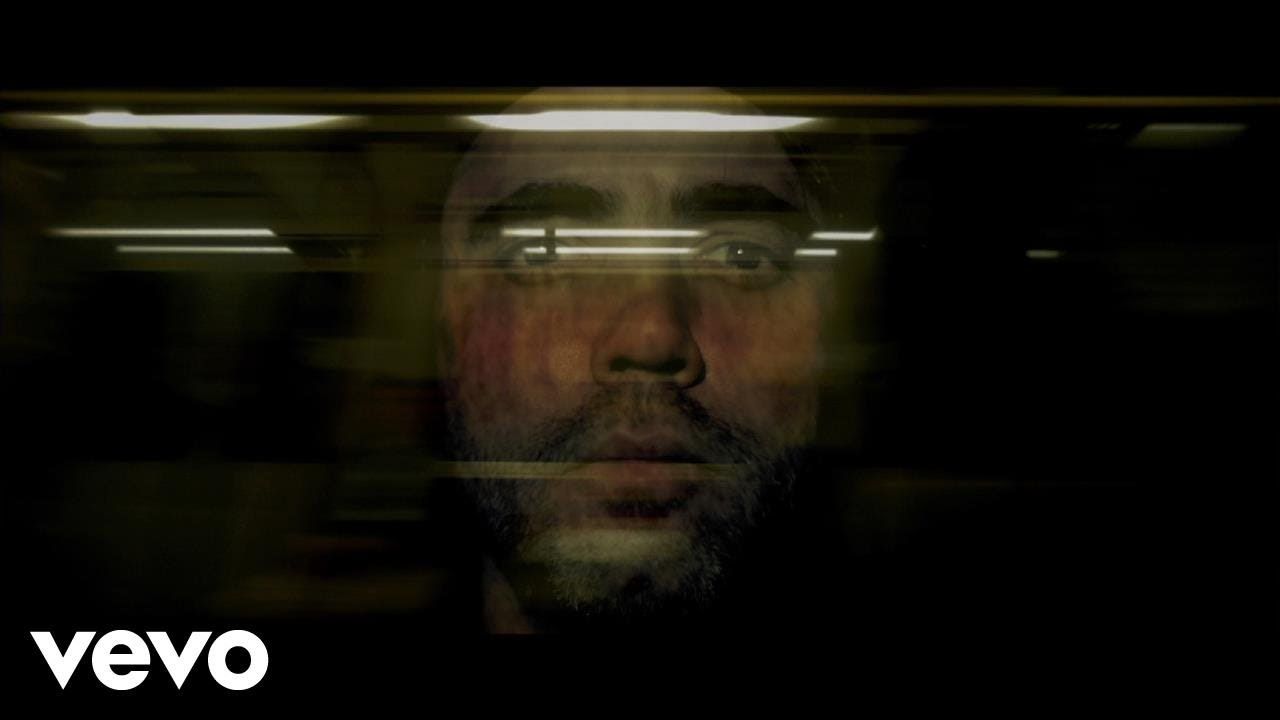 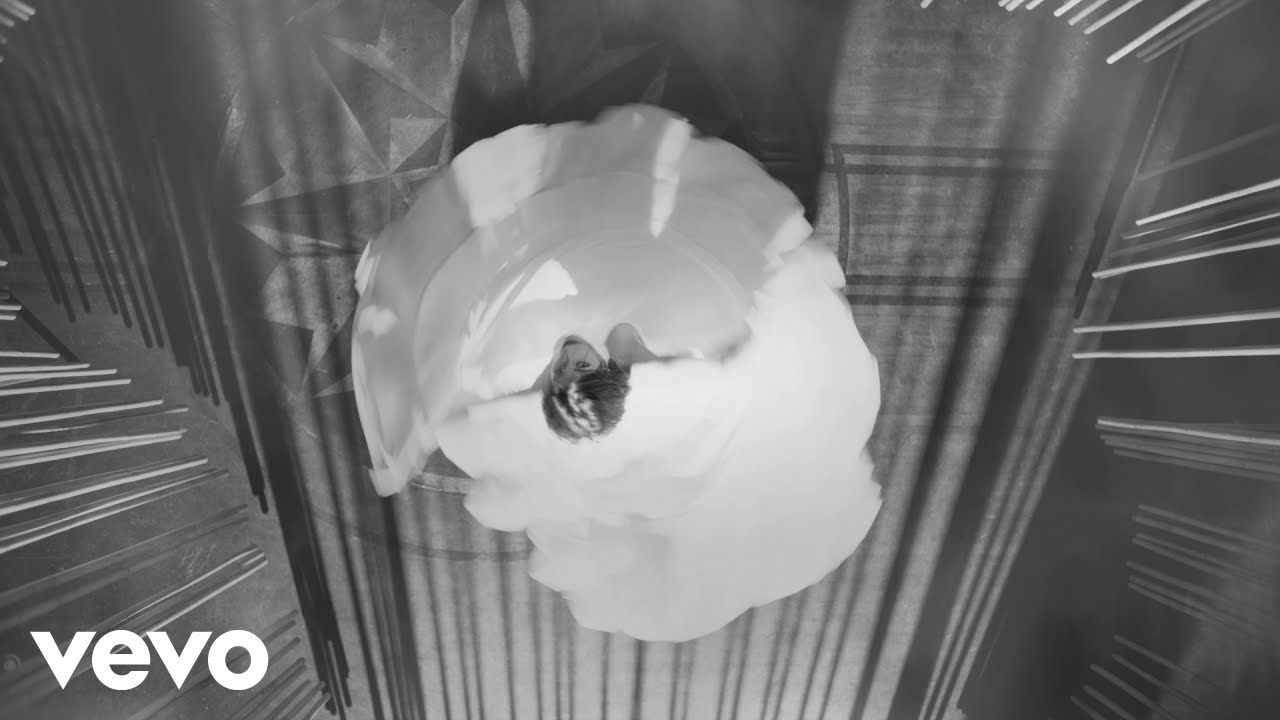 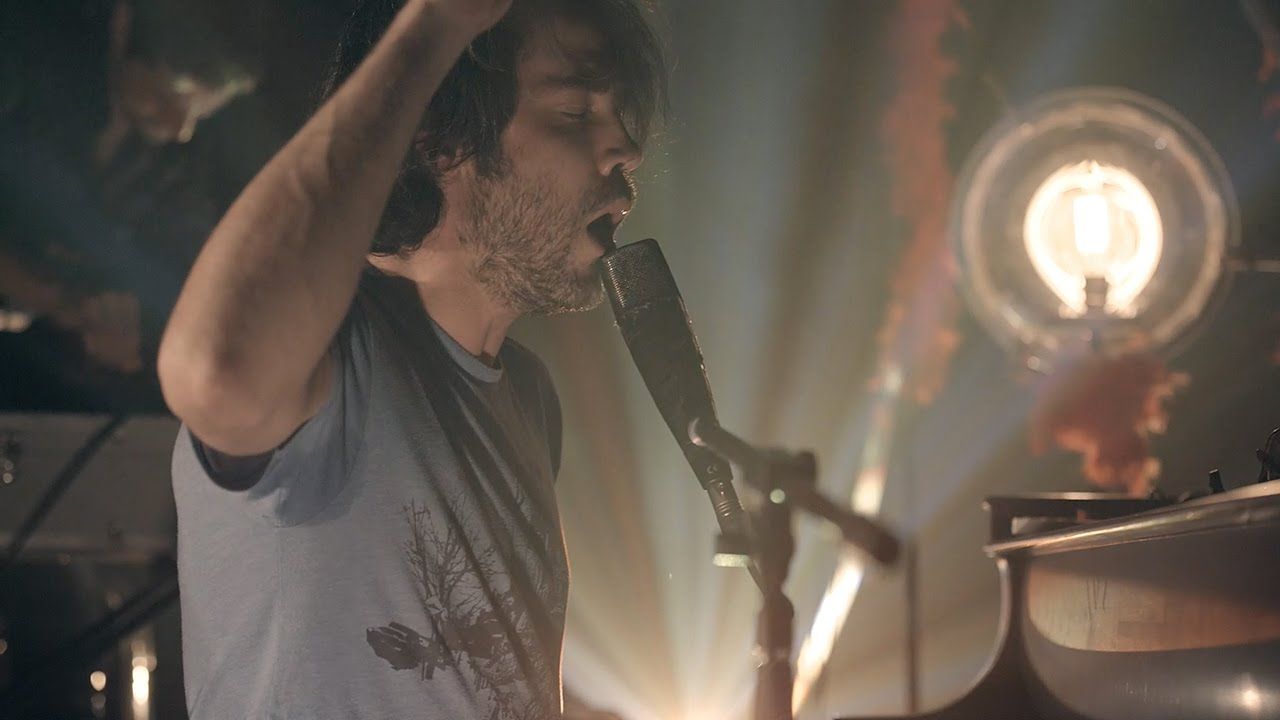 This is the biography of Patrick Watson (based on things he told me.)

Once there was a boy named Patrick Watson who was born on a military base in the Mojave Desert. His father rode around in planes carrying bombs, waiting for a command to drop them that never came. He was the baby in a family of five, which would include a future figure skater, an engineer and an air force pilot, but he was seven years younger than his next older sibling. The trouble with being born this late into a family is that they have all already gone mad, and are engaged in domestic dramas, chasing each other around with knives. He was left to make too many assumptions about love and life on his own, and he still has the philosophy of a wise beyond their years wide-eyed child.

The family moved to Hudson, Quebec when Patrick was four. He was asked by an old gentleman by the name of Frank Cobatt to sing in the church choir, perhaps they met in the cough drop section of the local grocery store. Patrick sang in the church and his little boy’s pretty, melancholic voice broke everyone’s heart. The choir director then had him sing at the foot of a grave at a funeral. Because there is something in his voice that captures all the lovely things in life we can only hold onto temporarily and how their transience is what makes them wonderful.

Patrick started playing piano as a child. The piano used to belong to a boy named Gordon, and he would appear as a ghost and teach Patrick how to play in the middle of the night. Even if Patrick played at three in the morning, his mother never interrupted these vital lessons. He showed me the photo of Gordon who looked, more or less, like a terrifying psychopath with tuberculosis who probably slit his whole family’s throats while they were sleeping. But I did not say so.

Patrick says he became a singer by accident. He thought he would compose scores for others to play, which seems like an odd thing to say because he is so clearly sprinkled with that special something that causes a person to be transfixing on stage. And it’s now hard to imagine Montreal without the soundtrack of his songs.

But he met the artist Brigitte Henry who was taking surreal underwater photographs of people in their clothes to make a book. This seemed like very important business to Patrick, so he made music for her exhibition. They performed the show at the adult movie theatre Cinema L’Amour, it sold out and Brigitte Henry still designs some of his album covers, including this one.

Patrick likes to hang on to people. He met his first guitar player Simon Angell playing guitar on the small streets of Hudson. In his first jazz class at college he walked in and Robbie Kuster and Mishka Stein were both sitting there. It was as though they were all waiting for each other. They would play together for the next twenty years.

While they were working on his first album, the band lived in an abandoned church. They were kicked out for ringing the church bells when homeless people came in to be married, waking all the neighbours up in the middle of the night, in a misguided attempt to let them know love existed.

They opened for James Brown where they learned to manage a large crowd. Every day before a concert James Brown and his team would hold hands and pray the show would be amazing. This taught Patrick and the band that being on stage is a humbling honour and a music show is where people come to have a mystical experience. In the end, it was not so different than when he sang in church as a boy.

While writing this new album, the drummer Robbie left, Patrick and his partner separated, and his mother passed away. Much of this album is about having a wave knock you over when you realize that everything you have in life can be wiped away in a moment. He brought a notebook underneath the waves and composed tunes about melancholy while listening to the lonely hymns of mermaids. And the songs are about how sometimes you have to sing a love song to yourself when no one else will. Melody Noir is about writing a song to the hole inside us all.

Some of the songs, including Turn out the Lights and Look at You, are about falling in love again and learning how to be intimate in a new way. And how surprising it is that, although life can change, it can turn out to be better in so many ways than you could ever have imagined. And, ultimately, the album is about rebuilding your life from scratch.

The songs are marked by the idiosyncratic personalities of each of his band members. Mishka Stein grew up in the Ukraine where he wore little suits and accidentally set his building on fire, but he did a brave job helping the firemen put it out. A sweet Soviet latchkey boy, he spent much of his time watching Russian cartoons. The influence of the absurd anthemic melodies of those cartoons can be felt in the songs, particularly Look at You and Melody Noir.

Joe Grass, who has been playing guitar and pedal steel since Loves Songs for Robots, is a jackknife of sounds. He always creates a distinctive voice within the band's particular brand of music. Evan Tighe landed magically at the perfect moment to take up the drums. The band was very lucky to find such a great drummer in time.

Patrick also worked with Leonard Cohen on one of his last songs before the visionary passed away. This had a profound influence on the way Patrick started writing lyrics and widened the possibilities of poetry in his music. The collaboration influenced his vocal delivery to be more dry, to have less notes and to simply deliver the words.

The beginning artist's craft is so intuitive and odd, drawing from a trunk of recipes for happiness and hope. They begin with an idea that the world is good, and that things and love will work out. The mature artist creates from a place of melancholy and understanding of foibles and accepting a story that has already been written. It’s the difference between singing a solo at a stranger’s grave as a child and singing one at your own mother’s funeral.

It’s the same magical and sweet Patrick Watson on this album, but each of the feelings are deeper and dive down to stranger places, where even happiness seems impossible to bear. So, the album moves from a dark place of loss to one of hope and magic and new love. The way you thought life was going to work out, but never does. Then it sometimes turns out to be more beautiful and surprising once it is broken.