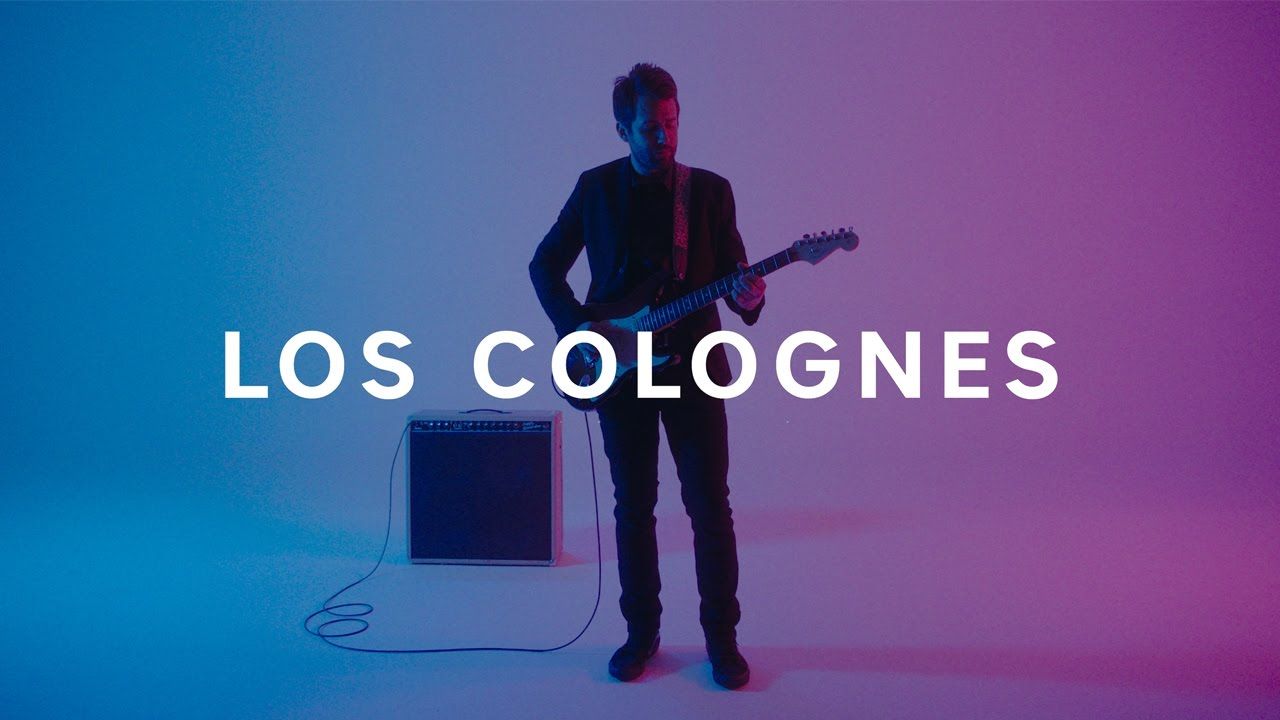 One of the highest and rarest aspirations in popular music is to reach for the transcendental, to access the spirit. On the third album “The Wave” by Nashville based Los Colognes, they succeed just this- in breaking through the confines of everyday pop song lyricism to tell a sort of holistic story. It’s not a concept piece, but it’s a brooding and still joyful song cycle filled with philosophical rumination, effortless hooks, inspiring musicianship, and expansive arrangements. It’s an album perfectly suited of the current zeitgeist of unease and hope.

“The Wave” is an album about archetypes and about the everyday. There are illusions to the Great Flood, to Plato’s Cave, to Poe, to the hero’s quest so iconically defined by Joseph Campbell. There are recurring metaphors about the water, about the vastness of the ocean and the delicate balance between riding the wave and being pulled under. There is struggle, there is dread, there is hope, there is ultimately the knowledge only gained by a journey. It’s an album about attempting to gain acceptance with the flow of adulthood, life in the music business, the changing awareness that only time and maturity can hand to someone. Guitarist/singer Jay Rutherford opines in the album’s initial single , “Flying Apart" Nobody believed/We’re all just hoping/Floating down streams”. It’s a song that repeatedly invokes the wave metaphor of the album’s title while churning through its own sonic sea of shimmering keyboards and guitars anchored by drummer Aaron Mortenson. The music evokes any of the best moments of late seventies or mid eighties FM radio while never being weighed down by the specter of influence. Los Colognes are a young band who have managed to forge their own sound while channeling the best sonic worlds of the decades past. Unlike the live approach used to record the group’s previous records, “The Wave” was built from the ground up so to speak and with attention to each track, each part. There is a certain economy of space in the songs that feels deliberate while never ceasing to be warm and inclusive. Guitar and keyboard lines drift off each other in between lyrical exchanges while Mortenson propels the beat, sometimes meditative, sometimes driving. Each song passes into another with a thoughtful pause- a passing keyboard chord, a drone, a bit of noise, a breath before the next reflection. Like any fully realized album, there is a cyclical wholeness to it that beckons the listener not just to hear it in its entirety from the outset, but to hit ‘play’ again or lift the needle as soon as the last chord of “Can You Remember?” subsides. Rutherford sings on “Can You Remember?” - ‘When you were young/there was a flood/ almost drowned’, but with the understanding that the journey didn’t end in tragedy, we didn’t drown, we are still navigating the waters and with new perspective. The journey to finish the recording of “The Wave” was its own quest of sorts for Rutherford and Mortenson, a more deliberate process of creation and craft that shows a band becoming fully aware of its voice and its vision. As current events in the world breed anxiety and unease, as the accelerating paces of the hyper information age make it yet harder to deliver contemplative messages in the arts, and as we all struggle to accept the uncertainty and mystique of ‘living in the moment’, Los Colognes have given us a singular collection of quietly anthemic tunes, held together by philosophical reflection and damn fine rock and roll chops. The Wave is coming.