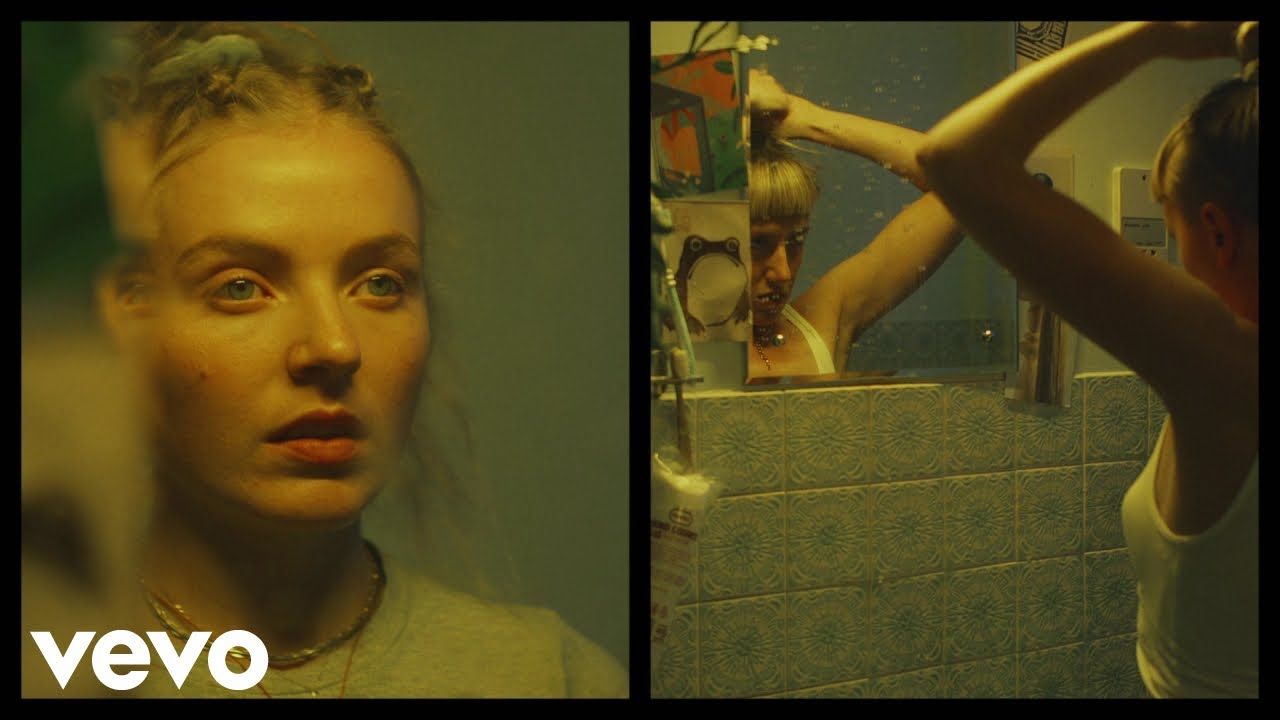 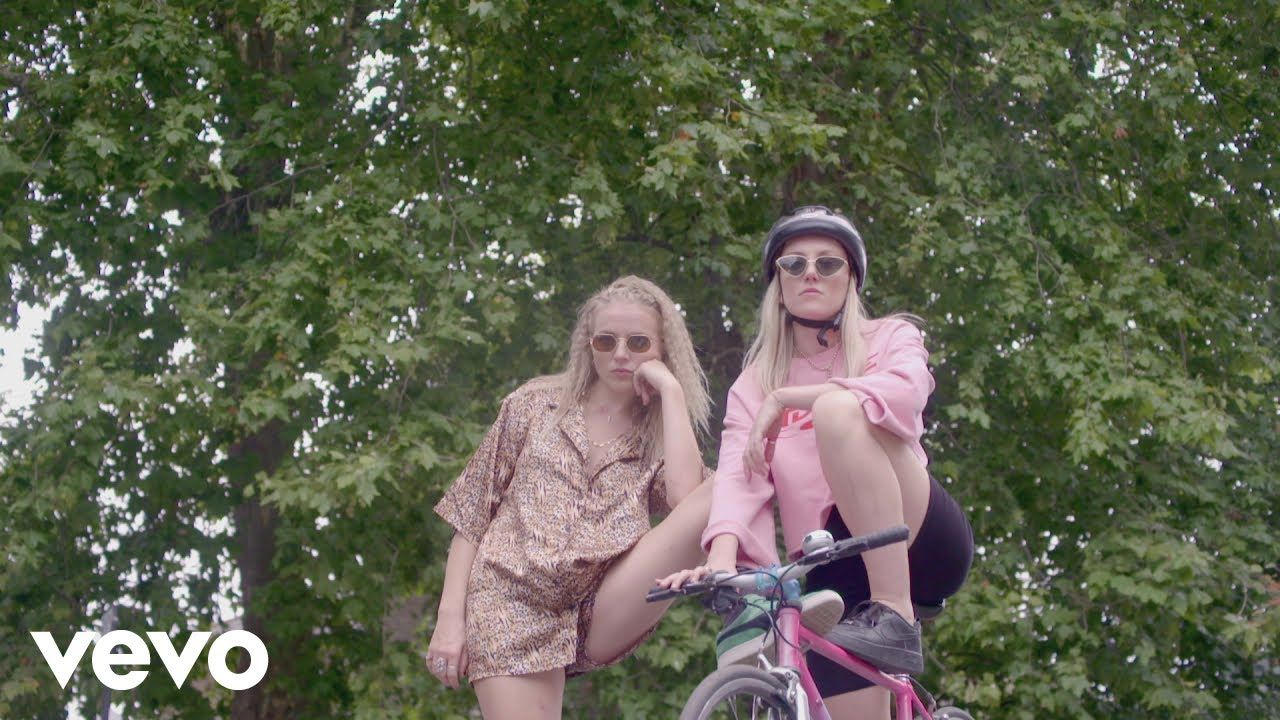 Megan Markwick and Lily Somerville – AKA IDER – don’t buy into the philosophy that bands need friction to create sparks. In fact, says Megan, “we very rarely, maybe even never, disagree.” It might go against the rock ‘n roll mythology that antagonism equals creativity, but IDER credit their simpatico relationship with making their music so remarkable. The two live together, make music together, and share everything from books to podcasts with each other. They’re going on holiday soon, and as a challenge, they’ve vowed to spend the whole week not talking. They both agree that’ll probably never happen.

As soon as Megan and Lily met, at the start of their music course at Falmouth University, it was obvious that they shared an artistic chemistry. The first thing they noticed was the way their voices melded together, their harmonies so intricately intertwined they seemed to become a separate entity. “When we sing together, there’s a new voice that’s created,” says Megan. “We kind of joke that it’s the third member – and that’s IDER.” Songwriting, they soon discovered, came just as easily. “It was a really natural and instinctive thing,” says Megan.

Five years on from that fateful meeting, they’re still making music together. After Lily moved to London to throw her full force behind IDER, the duo released their first single, Sorry, in 2016. It was the perfect introduction to their thoughtful, atmospheric pop, and though they hadn’t expected much from it, the song was picked up by BBC Radio 1 immediately. A year later, they signed to Glassnote Records. “It was definitely a dream” says Megan. “The last two years have just gone so fast. But it feels like we’ve found our voice and our groove.”

Nowadays, they still make intricate, textured pop – which weaves together elements of R&B, electronica and folk-rock to create something palpably unique – it’s just bigger and more ambitious than before. “I think we’ve been shyer with our production in the past, but now we want to feel powerful... we feel more secure and certain of what we want to create.”

They still have the same “chaotic” writing process, recording demos in their bedroom as and when inspiration hits, but these days “it’s all just coming so naturally. It feels like a reflection of us feeling happy and comfortable with what we’re creating.”

Their new single, You’ve Got Your Whole Life Ahead of You Baby, is a product of this newfound creative confidence – though lyrically, it reflects the anxious uncertainty of being young. As a minimalist beat chugs beneath the melody, the song ponders a kind of millennial malaise. “I’m in my 20s, so I panic in every way,” they sing, “I’m so scared of the future I keep missing today.” It was borne, they say, “from conversations with friends and with each other. It’s universal; the anxiety of wishing you could act in the way that your future self would want you to. But that’s impossible.” Another new song, Mirror, reflects a different, but equally potent, identity crisis. “It’s kind of about losing your sense of self when you lose someone.”

Exposing their own emotional turmoil isn’t always easy for IDER, but they feel it crucial that they do so – and it’s probably why so many people connect with their music. “It’s important for us to be completely honest with ourselves and speak our truth,” says Lily. “The more personal, the more universal, you know?” Besides, that’s what their favourite artists do – singers like Beyoncé, Sza and Florence and the Machine, or poets like Rupi Kaur. “We’re influenced by a lot of female artists at the moment,” says Megan. “I think a really big part of our identity is our femininity,” says Lily. “The fact that it’s two women’s perspective is an important part of our voice. We see it as a responsibility, as women, to be honest about our experiences. That’s what all the female artists we love do. They cut the bullshit. It’s all quite real and emotional, and vulnerable I guess.”

Still, though much of their material chronicles a specific experience, their audience is impressively diverse. “We saw that at our London show,” says Megan of their biggest headline gig to date, back in March. “There was a really wide range of people, of all different ages.” “I really love that,” says Lily, “seeing that it can be so broad, that’s encouragement for us to keep doing what we’re doing.”

Those who attend IDER’s live shows get to witness their symbiotic relationship first hand. “We’ve been told that our on-stage chemistry is really visible” says Megan. “We love creating a relationship with the audience too. We chat, sometimes overshare… We don’t take ourselves very seriously, which is sometimes quite contradictory to the music. We write quite deep stuff but that’s not who we are at all. Everything is funny most of the time.” Ultimately, they hope people come away from their shows, and from listening to their music, feeling inspired. “We want to empower people, and make people feel great. That’s always got to be at the heart of everything, and all of the rest will follow.”

As for what “the rest” will entail – they have unabashedly high hopes for that. “The future is where we’re at,” says Megan. “It feels like we’re at a really exciting point, and we’re ready for people to get on board.”